About Françoise: A Chronology

Birth of Françoise Marie-Thérèse Piston d’Eaubonne in Paris, third of the five children of Étienne and Rosita Mariquita (née Martinez Franco) Piston d’Eaubonne. On her mother’s side: of Castilian origins, her maternal grandfather was a Carlist refugee, thus a royalist who was rather conservative. On her father’s side: a very old French family whose first attested origins date back to 1082. 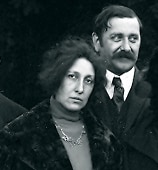 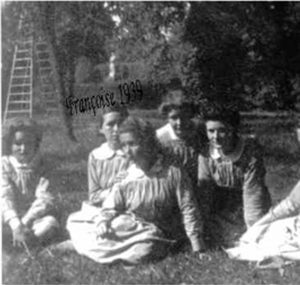 From the age of 10, a childhood in Toulouse, where she and her family experience constant financial stress. In 1916, her father returns from World War I, a gassing survivor who fought in the trenches. In fragile health, he struggles to support his family. To raise their 5 children, her mother gives up a career as a mathematician. Françoise becomes the winner of the Denoël short story competition for children under 13. Although the contest only requires 200 lines, she sends the 225-page work Mireille, Fille des montagnes. Colette notices her and encourages her.

Françoise obtains her baccalaureate in 1938. She enrolls in Law and Fine Arts, studies that she quickly abandons for a teaching position at the Péguillhan school run by her mother. Activities in the Resistance. Writing of the first part of the poems of Colonnes de l’âmes, which appears in 1942 with a preface by Joë Bousquet. The publisher, Jacques Aubenque, becomes her lover. 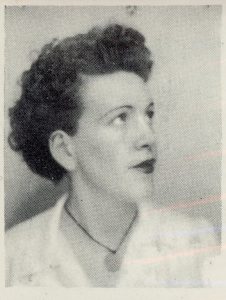 Julliard publishes her first novel Le Cœur de Watteau; it will be followed by several others, including Comme un vol de gerfauts,a bestseller and winner of the Readers’ Award in 1947. Françoise will publish with Julliard until 1966, contributing to the growth of this publisher for which she also works as a reader. Birth of her daughter Indiana after a whirlwind marriage to Jacques Aubenque, who she leaves after departing from the town hall four months pregnant. In 1946, she returns to the Communist Party.

After a first meeting, they lose sight of each other and will meet again four years later. They will remain friends until the death of Simone de Beauvoir in 1986.

Julliard publishes her first feminist essay, Le Complexe de Diane, in defense of de Beauvoir’s book. Renowned novelist, Françoise throws herself into battle as she did some time before in the arena at the Biarritz fair. As noted by Élise Thiébaut in her excellent preface to the reissue of the work by Julliard in October 2021, in this work she creates a dazzling and often visionary analysis of the themes that she will focus on throughout her life: patriarchy, Eros, gender and feminism.

Françoise leaves the Communist Party because she does not find it anti-colonialist enough (due to their stance on the Algerian war). She publishes La vie passionnée d’Arthur Rimbaud that year, a work preceded by eight other publications since 1951. 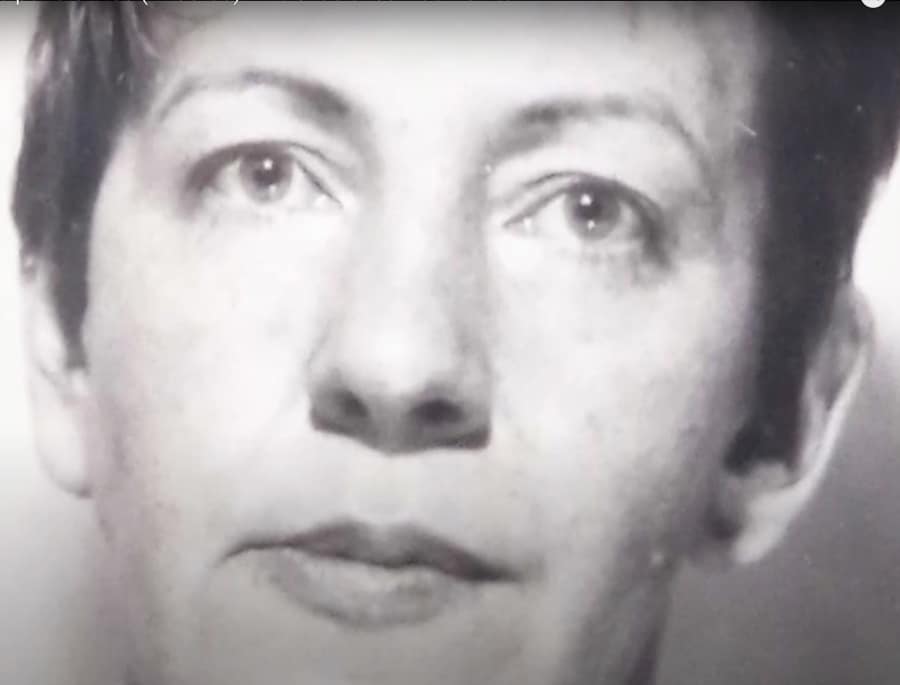 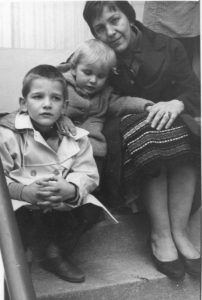 Publication of Fort des femmes and Chevrette et Virginie, (Bibliothèque Verte), two novels which, like Indomptable Murcie,are released in 1949, in a long series of novels about heroines. Birth of her son Vincent, father unknown. 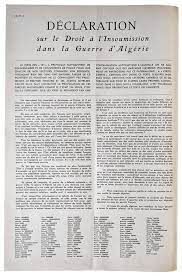 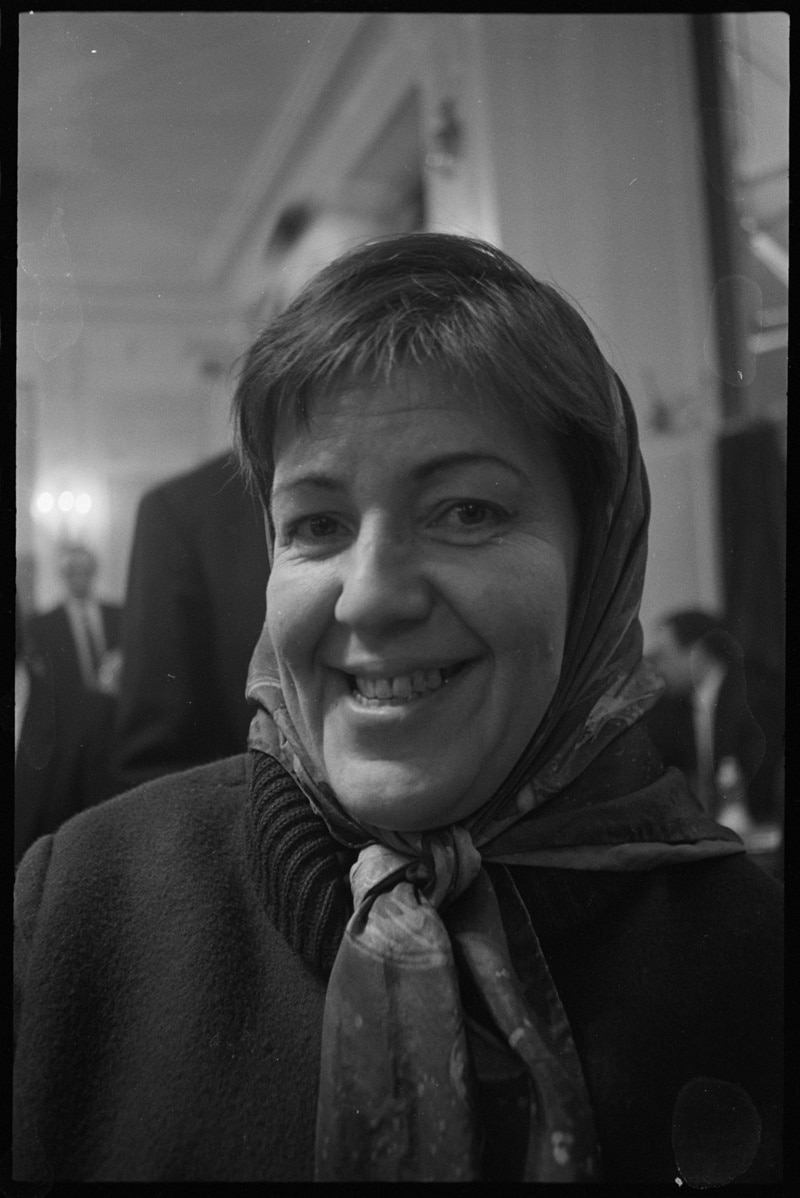 Publication of the first volume of her memoirs, Chienne de Jeunesse (Julliard not having accepted its original title Putain de jeunesse ). The second volume, Les Monstres de l’été, which recounts her painful love affairs, travels and political commitments over the period 1950-60, will be published in 1966. These two volumes will be brought together, with two other memoirs, in her autobiography published by Dagorno in 2000. Since 1960, she has published no less than sixteen books: sci fi novels, biographies, children’s books…

In 1968, Françoise takes part in the occupation of the Odéon theater (Paris), and we see her on the barricades. Then she is involved in the founding of the Women’s Liberation Movement (MLF). She writes Eros minoritaire,a work devoted to the history of homosexuality. During the previous 6 years, she has published less – only six books – including La Couronne de sable, vie d’Isabelle Eberhardt . 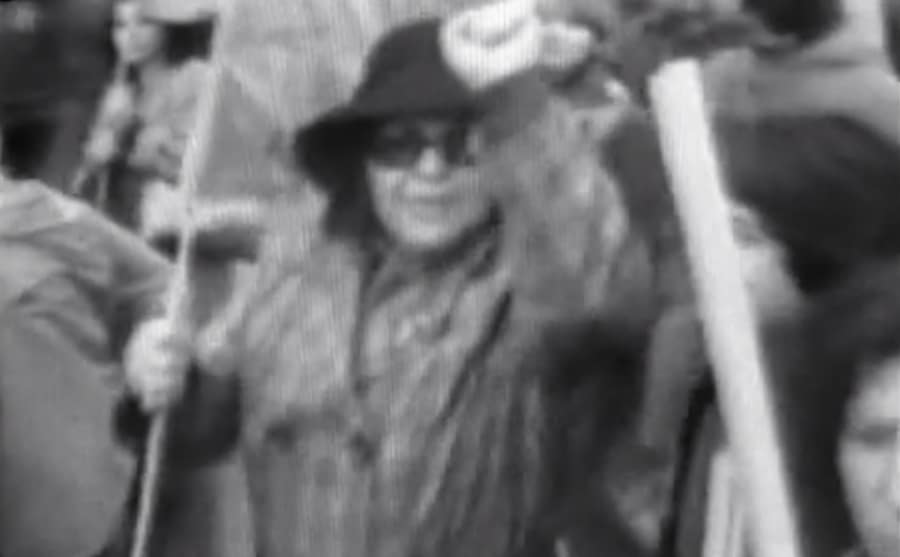 Signature of the manifesto of the 343 for the right to abortion. Co-foundation of the Homosexual Revolutionary Action Front (FHAR). No books published; Françoise devotes herself almost entirely to her fights.

Françoise forges the concept she calls “ecofeminism” in her major essay Le Féminisme ou la Mort , giving the nod to the book L’Utopia ou la Mort by René Dumont (first ecologist candidate, whom she supported in the presidential election that year). Creation of the Feminist Front, which will become the Ecology Feminism Center. She meets Alain Lezongar (20 years old), who will accompany her until the end and whom she will want to adopt. 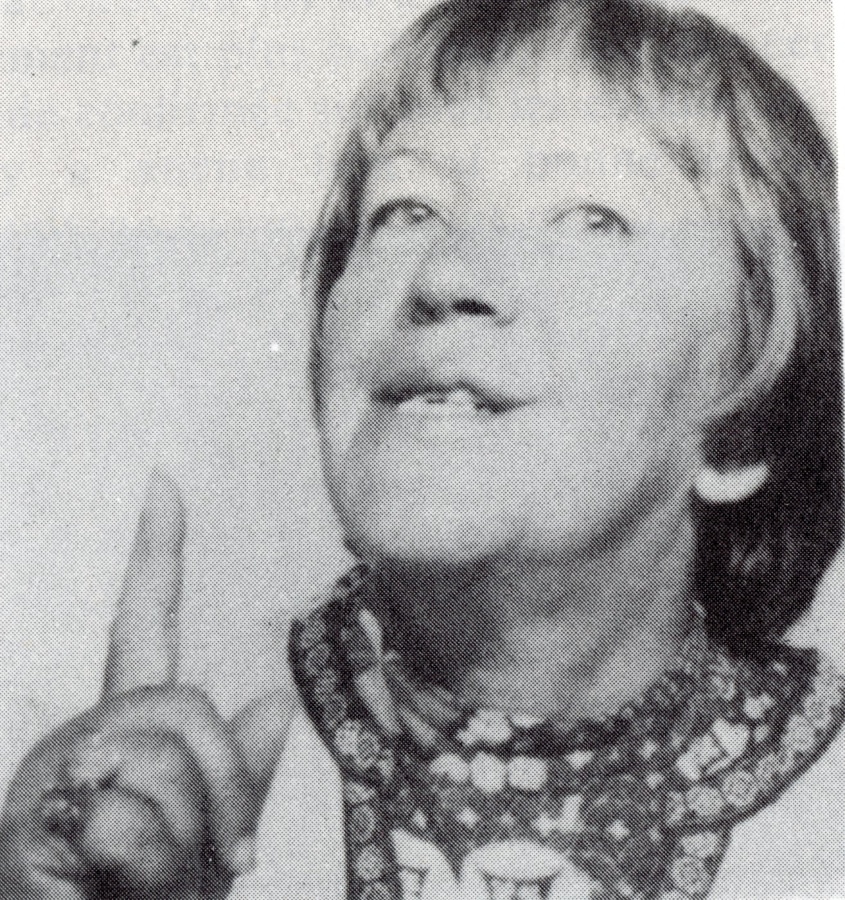 Practicing the militant words she preaches, Françoise marries, within the framework of her anti-carceral activism, the prisoner Pierre Sanna at the prison of Fresnes to protest against his prison sentence for murder. We will discover more than 40 years later that she claimed in her private writings to have participated in 1975 in the plan to bomb the Fessenheim nuclear power plant, then under construction.

Publication of the essay Les Femmes avant le patriarcat; in this work, Françoise surveys the research of the time about the place of women in the evolution of the species and proposes a hypothesis concerning the date and mechanisms involved in the establishment of patriarchy. 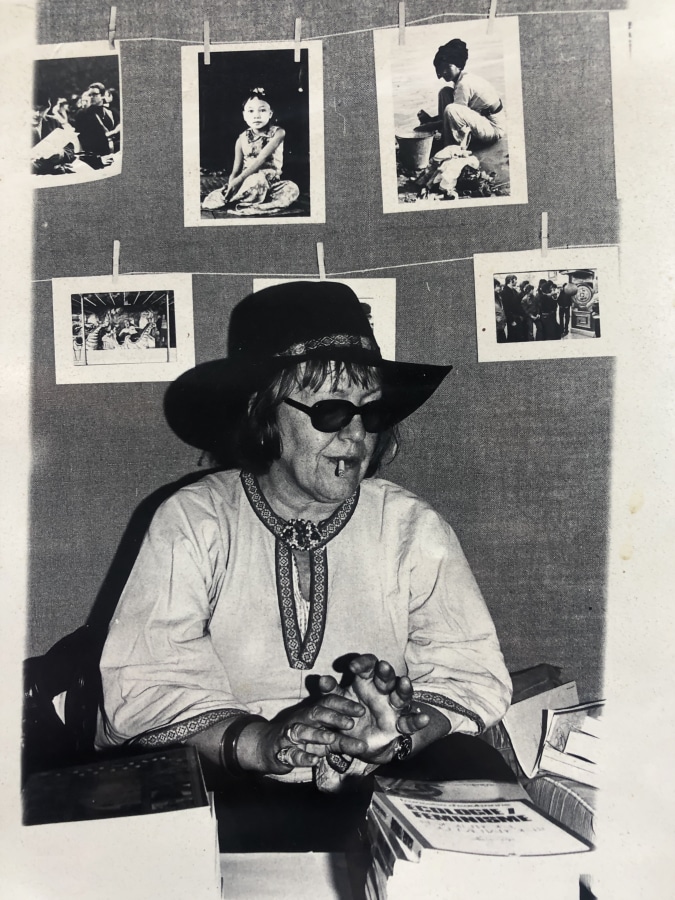 A prosperous literary year, Françoise publishes 5 titles including Ecology/feminism, révolution ou mutation? , Les bergères de l’Apocalypse and Contre-violence ou la résistance à l’Etat . But also L’indicateur du réseau , an autobiography built not on a chronology, but according to geographical places. This innovative form will be the subject of a thesis in Australia.

Françoise gets involved in the adventure of the so-called “free” radio stations. Until the end of the 1980s, she hosts literary and political programs on several Parisian stations and mainly on Radio Mouvance, “anti-racist, anti-imperialist and anti-Zionist”, created by Roland Fornari. 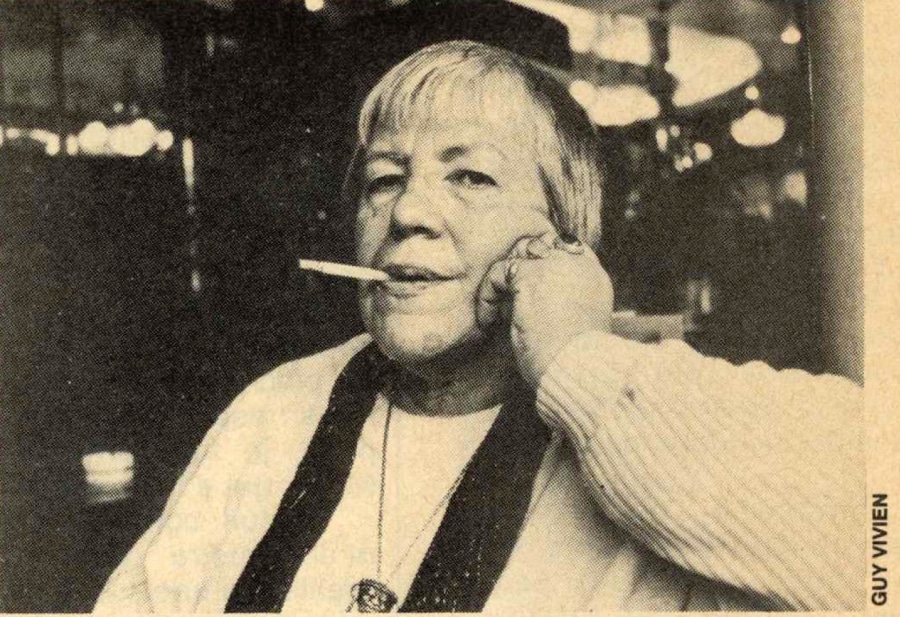 The death of her friend Simone de Beauvoir inspires Une femme nommée Castor , which appears in November. In 1984 and 85, she publishes the two volumes of Les Les obsèques de Jean-Paul Sartre, among six other works, including L’Amazone sombre and Louise-Michel la Canaque .

Following the disappearance of Pastor Doucé, Françoise sets up a Committee to establish the truth. Three months later, we find the pastor murdered in the forest of Rambouillet. She publishes Le Scandale d’une disparition – Vie et Oeuvre du Pastor Doucé . But publishing is no longer so easy for her, and her writing takes a meditative and sometimes dark turn.

Publication of Toutes les sirènes sont mortes . This novel, which she particularly likes, is well received. What part of herself is in the character of the writer – will we ever know one day?

At a low point, Françoise takes a step back which will lead her to publish Féminin et Philosophie, une allergie historique , as well as La Liseuse et la lyre that year, a magnificent meditation on what has made up a large part of her life: writing and reading.

Françoise publishes Le Sexocide des Sorcières in 1999, arguing that these unfair trials were only a fallacious pretext to submit and condemn not just the Witch but Woman. In 2002, she wonders about our future in L’homme de demain a-t-il un future? Combien de temps durera le XXIeme siecle? In 2003, it will be L’Evangile de Véronique, the “bleeding woman” who confronts the Fathers of the Church. In a last public outcry against the detested patriarchy.

Having only put down her pen a few days before, the one whose motto was “Not a day without a line” dies in her apartment for needy artists on the rue du Montparnasse in Paris. She bequeathed to us more than 100 books, 3 new words for our language and a dazzling thought of an acuity today welcomed after a long period of oblivion. Suspecting she would be recognized after her death, she confided to us shortly before her departure that she had had a “somewhat failed, but joyful” life and that she was not sorry to leave this world in view of what was to come, while regretting leaving it to us in such a state. 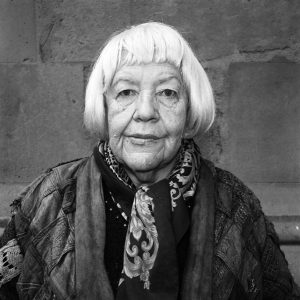 “I bequeath to all those who have loved me and will read me or have read me with understanding my irreducible hatred of a society filthier than all those that have preceded it, the love of the men and women it crushes and degrades in all ways and at all levels, the love of the environment to be resurrected if it is still possible, and the care to continue the fight against the patriarchal and imperialist power that my last strength will be used to curse and my last writings to fight.”

This website uses cookies to improve your experience while you navigate through the website. Out of these, the cookies that are categorized as necessary are stored on your browser as they are essential for the working of basic functionalities of the website. We also use third-party cookies that help us analyze and understand how you use this website. These cookies will be stored in your browser only with your consent. You also have the option to opt-out of these cookies. But opting out of some of these cookies may affect your browsing experience.
SAVE & ACCEPT